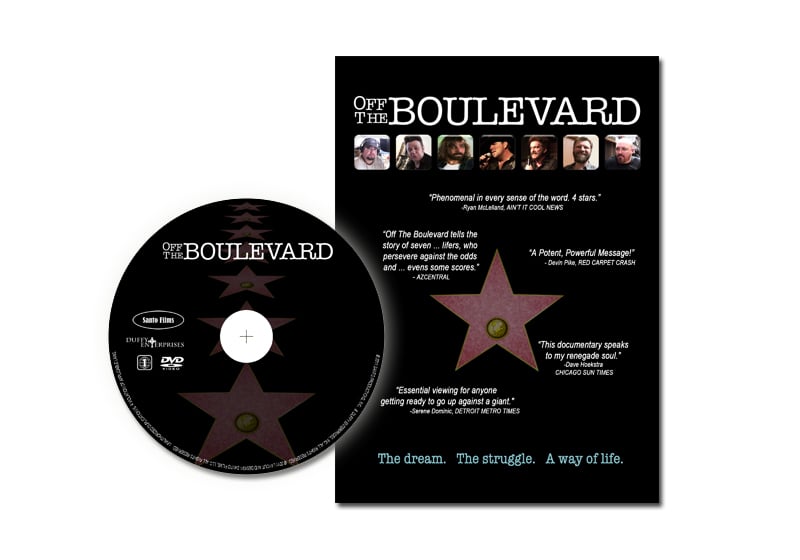 "Off The Boulevard" DVD

Santo Films brings you Off The Boulevard. A documentary story of art and heart and the dedication it takes to achieve your dreams. It is an entertaining and informative Documentary Feature about seven artists: two musicians (Nick Nicholson, Keith Jackson), two filmmakers (Troy Duffy, Jeff Santo), two actors (David Della Rocco, Sanel Budimlic), and one comedian (Bob Rubin). Their journey will transcend the world of entertainment and inspire all who strive to pave their own road.

Off The Boulevard talks of trials and impeding forces common to most ardent and driven individuals in pursuit of their dream. It pinpoints the problems in a system that neglects the Independent Artist, and raises the question for a solution. Also featuring industry insights from well-knowns such as: Peter Fonda (Easy Rider), Joe Mantegna (Criminal Minds), Gilby Clarke (Guns N' Roses), Sonny Barger (Hell's Angels), Dan Haggerty (Grizzly Adams), and Eddie Vedder (Pearl Jam).
Approximate Running Time: 96 minutes

REVIEWS & LINKS
"Off The Boulevard is a powerful, no-holds barred documentary about what real dreams are made of. At times heartbreaking, saddening, and redeeming, Off The Boulevard is a true tale of struggle and success in industries that would love nothing but to chew you up and spit you out. As director Jeff Santo brings this interweaving tale of seven artists that work so hard just to work, you learn that not only are your idols human but they'll do almost anything to make their audiences happy without giving up creative freedoms. Seven men. One unforgettable journey. An independent documentary that is phenomenal in every sense of the word. 4 stars."
-Ryan McLelland, Ain't It Cool News

"There are two kinds of artists, those that create as long as it is monetarily and logistically possible and those who create because the price for not creating would make living logistically impossible. These artist are known as "lifers" and Off The Boulevard tells the story of seven such lifers, who persevere against the odds and (in the case of Troy Duffy) evens some scores. Essential viewing for anyone getting ready to go up against a giant."
-Serene Dominic Azcentral.com , Detroit Metro Times

"The quote that resonated with me the strings, and one that I've come back to repeatedly, was Duffy's: "The movie business is one of strangest in the world - you have to work your ass off to be able to work." It's true in damned near every facet of the entertainment industry, and it's true in publishing as well. When I was laid off from Corporate Media in 2009, while I was still trying to find another gig within the industry, I started up Red Carpet Crash as a way to keep my name out there and continue to grow as a writer and publisher. While we've had some significant wins in the last two years, it has been a constant struggle to keep the site online, keep people coming back, and grow. I bring all of this up to say this: the core narrative of the film - the nature of independence - resonates with me in a really sound fashion. Even with artists as desperately different as the sex Jeff assembles for the movie, the message rings true over and over again: there are very few happy endings that artists get to enjoy, outside the ones they fight, scratch, claw, bleed, sweat and bite for each and every day. That said, I do wish there were less of a frenetic tone to the film. Alternating between subjects so quickly - almost two or three sentences at a time in instances - tended to dilute the narrative. Jumping around so frequently keeps the viewer off-balances, and the compelling stories that each person had to tell gets jumbled and lost when the narrative should be letting the viewer into their lives. In the final sequence, at Jeff's wedding, we see the common thread between the subjects. It almost made me long for a "dinner for six" scenario, where each person bounces their recollections and ideas on independence off of one other. Mere quibbles, though. "Off The Boulevard" has a potent, powerful message for anyone who thinks the route to success isn't paved with landmines and traps."
-Devin Pike Red Carpet Crash

"Jeff Santo's "Off The Boulevard" is a touching yet tough ride through the backroads of America's pop culture. The view is not always pretty but the characters prevail. This documentary speaks to my renegade soul."
-Dave Hoekstra Chicago Sun-Times

"I couldn't look away from the screen as I viewed this great, intelligent and realistic view at the lifestyles of the film, music and comedic industry..."
-Kale Slade "Movie Vine

"I recommend Off the Boulevard not only to fans of the featured artists, but as a must watch for everyone considering entering the entertainment industry as an Independent artist."
-Mireille The Entertainment Corner

"The film shows that each one has confronted obstacles that could destroy their pursuit if they had been lesser men."
-Lynn Tackitt It's Just Movies

"Save yourself a class fee and check this movie out!"
-Kate Vendetta Icon VS Icon

"It truly inspires you to continue, no matter the uphill battle."
-Justin T. Bowler The Movie Guys

"It shows how is to be independent in the entertainment business or in life in general."
-Mike Gencarelli Media Mikes 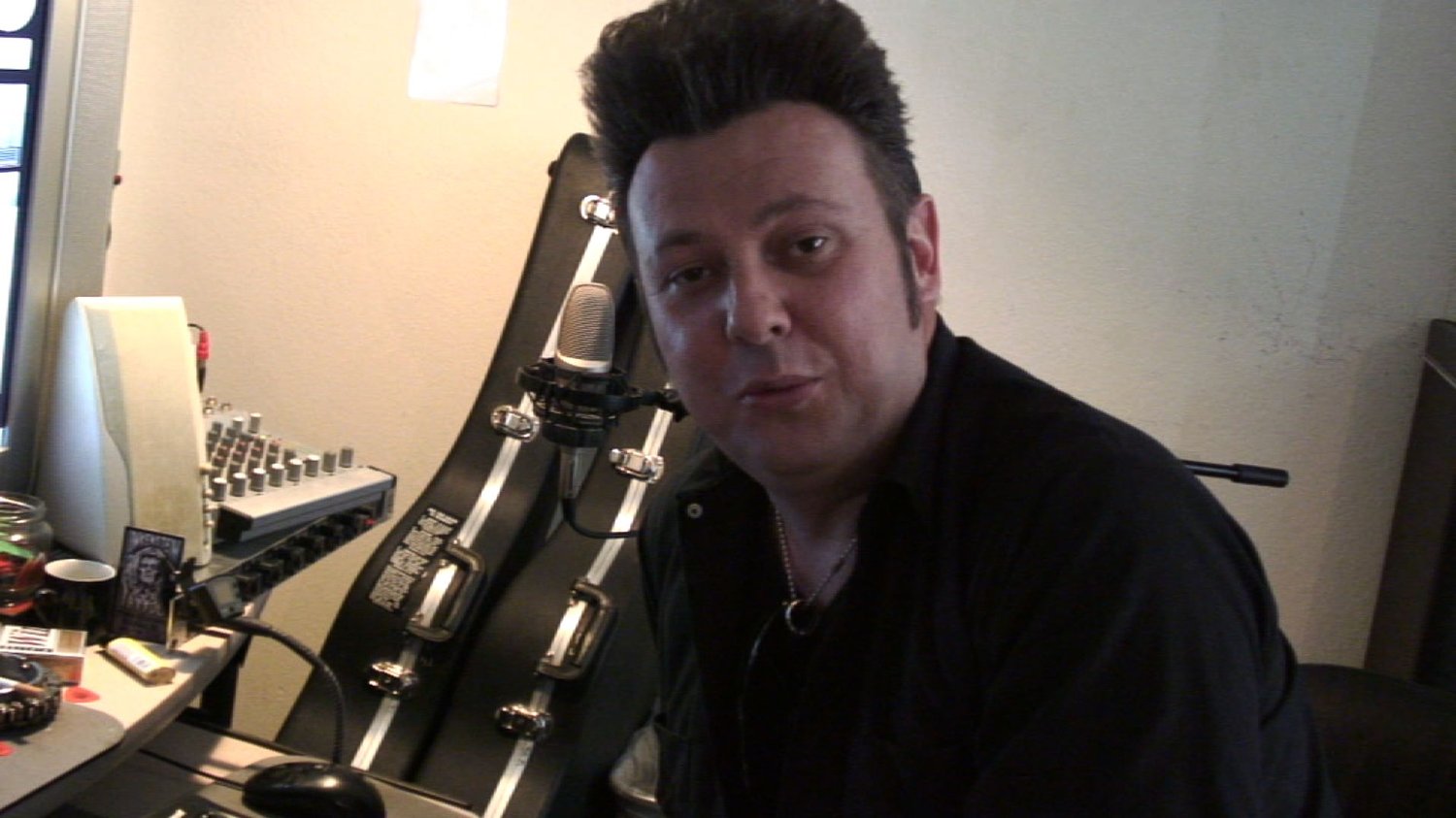 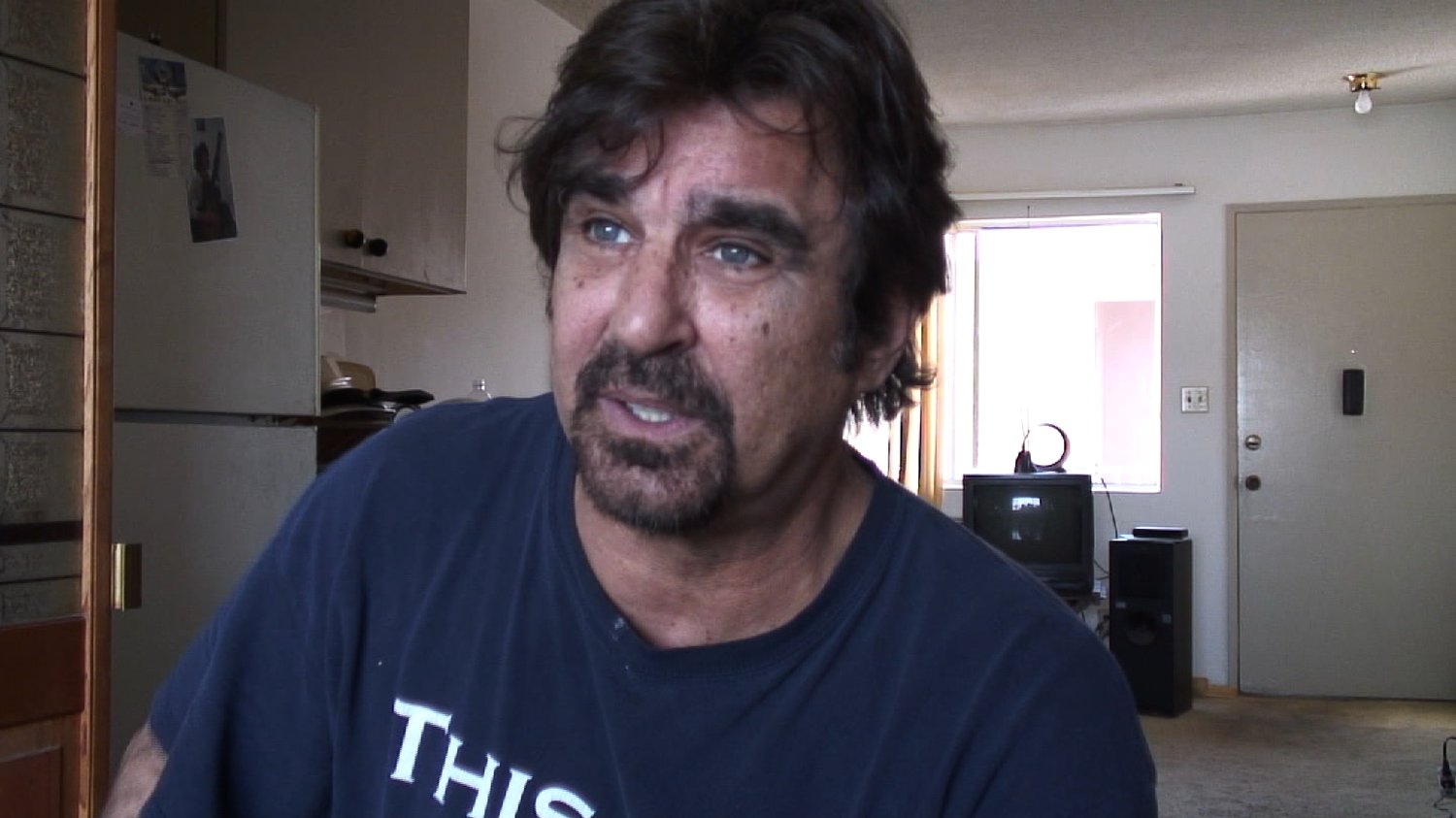 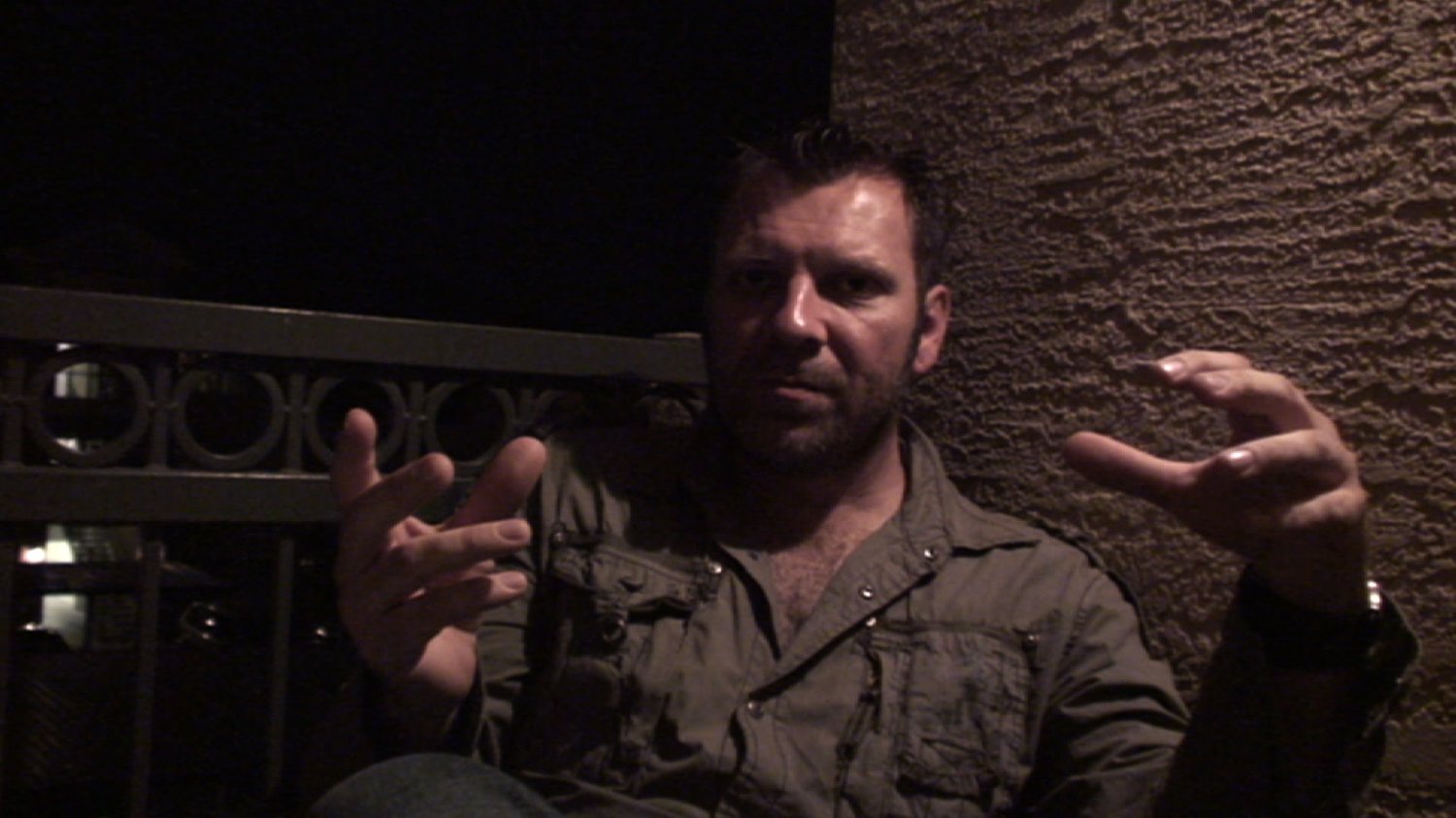