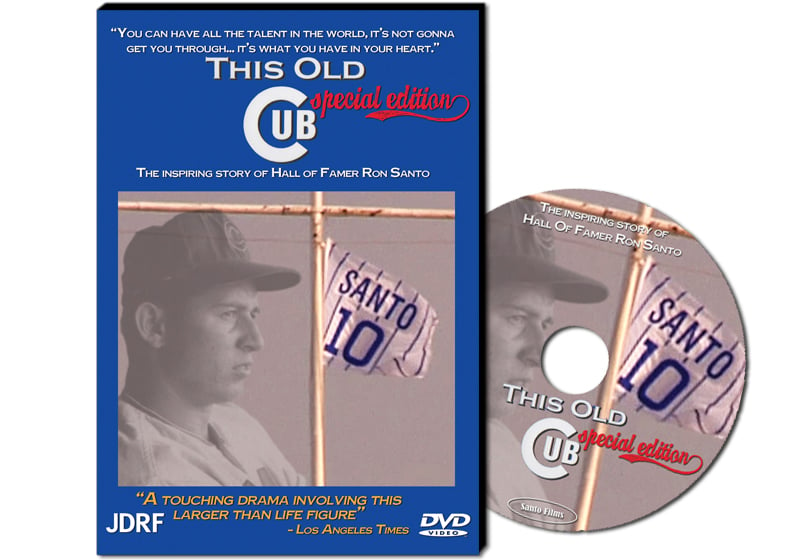 DESCRIPTION:
Santo Films brings you this Special Edition of the critically acclaimed This Old Cub completes the inspiring story of Chicago Cubs Legend Ron Santo. Featuring his last interview just weeks before his passing - Ron reflects on his baseball career, his thoughts on the Hall of Fame, and his fight to find a cure for diabetes.

This Old Cub Special Edition captures the emotional final chapter in Ron's life, the send-off the Chicago Cubs and the city of Chicago gave him, his immortalizing statue outside Wrigley Field, and finally the call to the Hall of Fame.

Ron Santo was a player who clicked his heels after every win, perfectly reflecting a time when players played for the love of the game. This is a man who handled everything with grace, humor, and not an ounce of bitterness, Santo is the ultimate optimist and therefore the Heart of the Chicago Cubs.